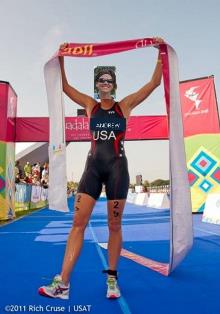 The day was perfect. I slept through the night. I woke up ready to go. I had the best nutrition plan - I felt nourished and satisfied - but not full. I arrived early to the race site. I had the best swim seed - early in the day and sandwiched between teammates. I jumped in and knocked off 20 seconds from my 300 yard time last year. My T1 time zipped by and so did the bike. Despite the 15mph winds and the 40 degree temps, I finished my bike two minutes faster than last year - and finally, finally (my Azalea tri holy grail) under 30 minutes. And the run? The best ever. I was firing on all cylinders. I held 8m:05s/mile pace in the first mile, I picked it up by 15 seconds in the second mile and switched into another gear in mile three and finished two minutes faster than my triathlon 5K best. I surprised myself and finished several seconds under one hour! I placed second in my age-group and stood on the podium with several other tri-club teammates!

The day was perfect........except that none of that happened.

For the first time ever, I did not start a race.  It was the hardest triathlon I've never raced.

In the week before the race, I started coughing. The same raspy, rattling, bronchitis cough that I had in January. It may have been my effort in the Cardinal Strut - and the post-race wind as I gnoshed on pancakes and awaited the awards. It may have been a post-swim run the following day. It may have been the fact that I work in a gym and train in close quarters with my team - and the bug just caught me again. Regardless of the cause, I lost my voice on Tuesday. I left yoga early on Wednesday (downward dog makes me cough). I skipped a workout on Thursday. 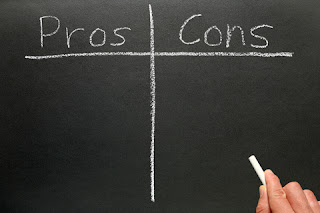 By the time I talked to my coach on Friday, I was feeling physically at about a seven on a scale of 1 - to - 10. I was already weighing the pros and cons of racing.

I could race to shake the cobwebs - a walk-through of the event to recall transitions and race-day nerves.
I could race with lower expectations - knowing that I wouldn't hit my personal bests or physical bests. But that may mess with my mental game next time.

I could just suck it up and race because I'm an iron woman. But, I may get worse and suffer a more serious setback.

I've been training for this one with our club! Been working so hard. I want to see what I can do!

I don't want to disappoint my team, my club or my sponsor.

I made a deal with her. If I slept through the night without coughing, I'd race. It was a sure-fire win for me. I hadn't woken up from coughing in four days. Of course, I did not sleep through the night. I woke up at 11:25pm - coughing harder than I had in days. I couldn't catch my breath. I felt nauseous. I coughed for 10 minutes. I knew as I was coughing that by my word, I wouldn't be racing. Of course, denial returned with the oxygen to my brain. I went back to sleep thinking, maybe I just coughed my last cough. Surely I can still race. Two hours later, same thing. Coughing. Breathless breaks between hacking. Nauseating gunk in my lungs.

You would have thought the denial would have evaporated into realization overnight. But, I woke up and prepared as if I were going to race. I fixed my smoothie. Prepped my water bottles. Packed my bag. Pulled on my tri suit. I asked myself, my hubby, the dog and the cat, what should I do? a million times. I texted my training buddy. Her response was very zen: you will make the right choice. Ugh. 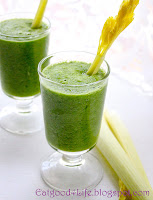 I gave myself a 6:25 am deadline and as my husband came in from his run - I peeked my head out the front door and sighed: I'm not racing! I pouted. I cried. I whined (which made me cough more). Tears. Lots of tears. Oh, the drama. I cried off and on for 45 minutes. I unpacked my bike gear and re-packed my cheer gear.

Once I arrived at the race site, I teared up every time someone would ask, when's your swim time or are you ready to race? No, I've decided not to race today. I tried to hide. I thought about leaving. I ducked into an empty hallway to pull myself together and suddenly everyone I knew was passing through.

Luckily, one of the women who walked through the door saw my tears and pulled me aside. Girl, you're doing the right thing! she said. Don't think another minute about it. She then told me a story about a race she did that she shouldn't have done - due to something health-related. She started the race, but didn't finish. She admitted she didn't even make it to the first buoy.

I spent the rest of the day without a tear. I turned on my coach brain and marched back up to the pool. I spent my time (indoors!) watching the swimmers, taking their splits and cheering with Anne. I cheered for the YDubTriClub and watched teammates come in from the bike and cross the finish. I witnessed Kris' first tri and her podium finish.


It was a perfect day. And I didn't need a race to make it.


You know I like a metaphor, so I've been trying to find one all week. Remember when you were in third grade and it snowed for the first time in....like....EVER...in the South? It was that perfect snow that lasted and stuck and for the first time, school was canceled and it was sunny and snowy and all your friends down the street were going out to sled on the golf course or build a snowman or have a snowball fight. And you had strep throat and watched from your window. That's all this was. I was sad because I couldn't go out to play.

And, remember that boyfriend you had that had SO MUCH potential to be THE ONE? Or, the girl that fit you perfectly? The boy that wrote you silly songs or made you mixed tapes? The one that could have been? That's all this was. The chance to be the perfect race, to reach a personal best. There was only a chance.

There will be another snow day and there are plenty of fish in the sea. I have two A races right around the corner (Belews International and Raleigh 70.3) and I have an even bigger race in October. I can see the bigger picture and I like what I see.